Since the website is in dutch only, here is a short interview in english. 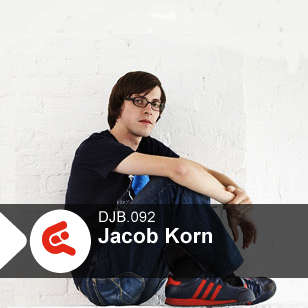 – Who are you? Iam Jacob Korn, an electronic music-producer and media artist, based in dresden (germany).

– What is the concept of your mix, did you have a game plan? I enjoy playing music but i play more often own Livesets than DJ-sets, so it was a nice Challenge to record a Radio-Mix with 1210s. Basic Concept was to feature tracks from present friends and possible future friends that i really like. So the mix contains stuff from local Dresden Guys (Track 4,9,13) as well, iam pretty shure there is more to come soon.

– What is currently eating up your time? Iam preparing the next releases and improving the live-setup at the moment and produce/program different interactive installations and performances.

– What will be your next release? There will be a new 12″ on dolly in spring and another EP on Uncanny Valley in summer.

– Will you be spinning or performing in The Netherlands anytime soon? I played in amsterdam two times in 2008, hopefully iam coming back soon:)

This website uses cookies to improve your experience while you navigate through the website. Out of these cookies, the cookies that are categorized as necessary are stored on your browser as they are essential for the working of basic functionalities of the website. We also use third-party cookies that help us analyze and understand how you use this website. These cookies will be stored in your browser only with your consent. You also have the option to opt-out of these cookies. But opting out of some of these cookies may have an effect on your browsing experience.
Necessary immer aktiv
Necessary cookies are absolutely essential for the website to function properly. This category only includes cookies that ensures basic functionalities and security features of the website. These cookies do not store any personal information.
Non-necessary
Any cookies that may not be particularly necessary for the website to function and is used specifically to collect user personal data via analytics, ads, other embedded contents are termed as non-necessary cookies. It is mandatory to procure user consent prior to running these cookies on your website.
SPEICHERN & AKZEPTIEREN